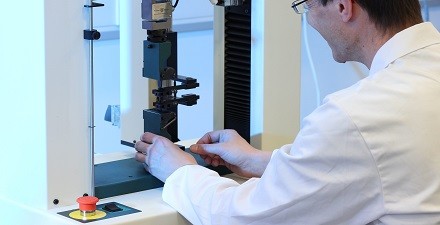 The eminent Swedish Nobel Prize winning scientist Svante Arrhenius (1869 – 1927) developed mathematical formulae to relate the rate of chemical reactions to temperature. This approach has proved to be extremely accurate and has led to it being widely adopted as the basis of techniques for predicting the useful lifetime of many types of artefacts which can be degraded by their operating environment, including elastomeric seals.

Such is the confidence in such techniques that they are being incorporated into equipment specifications, including the extremely influential NORSOK Standard M-710 which specifies the requirements for critical rubber sealing materials in applications such as subsea use. Whilst recognising the value of this tool the members of the ESA Elastomeric and Polymeric Seals Division Technical Group were concerned that dependence on it for predicting seal life in critical applications could be problematic.

The basis of the prediction tools is to carry out aging of the seal material at a range of temperatures up to and above the intended operating temperature in the medium to which it is to be subjected in the application. So the team member companies each subjected two standard commercially available compounds, typical of those used in the oil industry, to immersion testing in both air and a standard test oil at a range of temperatures for periods of time ranging from 2 to 20 weeks. Several material properties for each sample were measured after immersion and their change from the original values plotted to give graphs which could be used to generate the relevant life prediction data.

Several hundred samples were tested over the period in 5 different member laboratories but all measurements were carried out by a single facility on the same piece of equipment to minimize experimental error.

Analysis of the results showed disturbing results. One of the issues is that whilst the Arrhenius method is extremely accurate at prediction when a single chemical reaction is involved, the effect of oils, say, on an elastomeric seal is much more complex and therefore less predictable.

A full technical paper on the project entitled Investigation of Arrhenius life prediction techniques and methodology was presented at the Oilfield Engineering with Polymers 2014 Conference at the Millennium Gloucester Hotel, London, United Kingdom from 21-23 October 2014, and is now available to ReadOnline

Not content to just suggest that the current method is unreliable, the group have now embarked on a further programme to see if better results can be obtained by testing the change over time of different elastomer properties than those traditionally employed. The property chosen is that of retained stress in compression, utilising Compression Stress Relaxation (CSR) and Compression Set techniques.