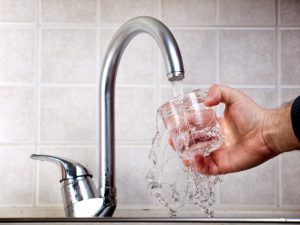 The aim of the directive is to ensure that European citizens enjoy good quality drinking water in line with the World Health Organisation (WHO) requirement that all citizens have a right to safe drinking water.

This mandate was issued in 2001, and revised in 2006 and required the harmonisation of standards for Construction Products in contact with water intended for human consumption, transportation, storage, and distribution right to the tap. An Expert Group, Construction Products Drinking Water (EG-CPDW) was set up to help the initiative.

So member states suspended work on their own acceptance schemes while expecting the EAS and EG-CPDW to deliver a harmonised scheme.

There appear to have been too many issues associated with the EAS for potable water. The general view was that Mandate 136 was far too wide in scope, with too many political requirements to ever deliver a unified scheme, lacked the required resources, and as a result the European Commission withdrew its support for the EAS in 2006.

So the four Member States (4MS) agreed in 2007 to pursue a common approach to the assessment of products in contact with drinking water. The long-term goal of this project is to set a pilot project as the basis for future EU regulation.

The basis for the common approach was agreed as:

Today the four Member States still all have their own standards and acceptance tests, with the result that suppliers potentially have to have materials tested 4 times to ensure their products are accepted for use with potable water throughout Europe. (See appendix 1 for details of schemes and costs). This is patently a nonsense and a large additional cost to the suppliers, as well as creating a barrier to trade in Europe.

Members of the 4MS initiative have worked hard to agree a standard test that could satisfy everyone. At present there is no agreement between the Member States with the issues appearing to be:

However despite the differences of opinion the 4MS agreed a Declaration of Intent (DOI)made in 2011, which whilst not legally binding, would appear to give the best chance of success. The objectives of the DOI are:

In 2014 and in parallel to the 4MS initiative, the CEN TC 164 was set by the Commission in order to move towards a step-by-step approach on standards harmonization.  The group is responsible for carrying out the technical work on synchronising and detailing the tests.

The Technical committee TC 164 is well on with getting agreement on the following issues:

Article 10 of the Drinking Water Directive

DG Environment is conducting a review of Article 10 of the Drinking Water Directive, because of concerns at the lack of harmony within the EU of requirements for materials and products used in drinking water applications. ESA has formerly responded to this initiative giving details of the typical costs members encounter when having to conduct 4 versions of tests for each product to gain local approval for their use on drinking water. Details of the various costs for the 4 member state testing facilities are in Appendix 1.

European Union of “Mutual Recognition” is a legal condition of EU membership that states that if a product or material passes an agreed test in one member state, then the other members states are bound to accept this product or material under the concept of mutual recognition.

2.    The ESA actions and current position on the European Drinking Water directives

Following a meeting on 9th March with the European Commission’s DG GROW to discuss the background and prospects of success of the ongoing initiatives around water standards the ESA has formed a policy to act on behalf of its members.

The ESA attended various meetings in Brussels and Munich to determine our best approach.

This resulted in the ESA:

The ESA’s position is that it fully supports TC 164 work on harmonising a single pan European test for products in contact with drinking water, with the removal of the cost of meeting multiple tests. If required ESA will support the “Mutual Consent” principle