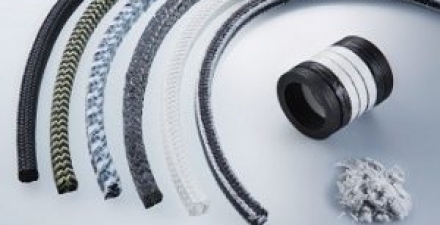 A paper describing the joint ESA/FSA research project into compression packing friction was presented at the ‘Pump Summit 2016’ which took place in Dusseldorf Germany from 29th to 30th November 2016.

The paper entitled Further Investigation of the Energy Efficiency of Compression Packings in Rotodynamic Pump Applications was co-authored by the ESA, FSA and CETIM and updated the work presented at the same event in 2014 which aims to establish the true frictional characteristics of packings and develop a tool to more accurately predict frictional power losses.

It is widely believed that packings are inefficient in terms of energy consumption when compared to mechanical seals due to high frictional losses. Much of this perception is based on outdated products such as those based on asbestos and not modern types utilising sophisticated synthetic yarns such as ePTFE and aramids combined with complex lubricants.

Detailed results from the friction testing on a dedicated rig built specifically for the purpose on both packings and mechanical seals were presented which challenge some misconceptions concerning packing energy efficiency and question the methods traditionally used to calculate packing friction.

Running parallel to the Valve World Conference & Expo, Pump Summit 2016 was both an exhibition and conference which gave manufacturers, distributors, and users of pumps, compressors, and seals the opportunity to present their products to an international audience as well as share their knowledge and expertise.