Update from the Technical Director

I settled into the new job easily due to my former involvement with the ESA and the help of Mark Neal and started to set-up regular online meetings for the Divisions. After a slow start with initial meetings attended by only three people and some technical difficulties it has evolved into regular meetings every 4 to 6 weeks with a good attendance by members. 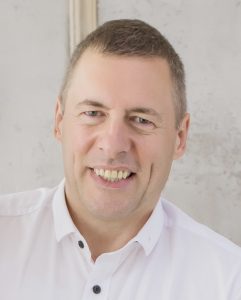 The first highlight of the year was to attend the BHRG Fluid Sealing Conference at the beginning of March which was interesting and meeting a wide range of sealing experts from industry and Universities was informative. After that the virus started to influence everybody’s life and meetings changed to virtual occasions by phone or online. Despite of this we made good progress this year.

With the Mechanical Seal Division, we worked on a project to determine food migration levels for carbon/ graphite face materials which has been completed now and a ESA Position Paper will be issued soon. Also, a guidance document which compares IECEx and ATEX guidelines has been produced mainly by Peter Bowden. Another development with involvement of ESA members was the EHEDG Doc. 25. “Mechanical Seals for Hygienic and Aseptic Applications”, 2. Edition which has been published recently. 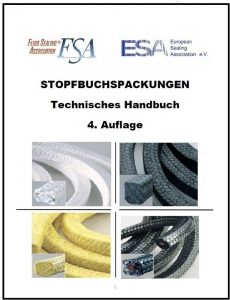 The Packings Division worked on a Packings Standard which is now in the draft 7 stage and nearly completed. Outstanding are creep relaxation tests for specific packing types which are currently performed by Amtec. The packings training program has been finished by David Edwin-Scott and will be going live soon on the ESA website. Another big project for me was the translation of the 4th Edition of the Packings Handbook into German language (124 pages!) which is available for download now (a special thanks to Florian Werner for the thorough proof reading).

The Flange Gasket Division worked together with Amtec on the development of an ESA Gasket Database to provide information about specific gasket parameters. After a lot of work by Manfred Schaaf and his colleagues in Amtec, as well as the Database Task Force, ESAdata.org is ready to go live at the end of this month. Also, a Gasket Installation video was produced by the Division, which is published on the new training page of the website. Another project the Division will be working on is a standard for testing spiral wound gaskets in collaboration with the FSA.

The Elastomeric and Polymeric Seals Division is working on a second Arrhenius test program to predict seal life performance. Here compression set as well as compression stress relaxation tests have been performed. But due to the virus situation some tests have been delayed and will be only finished next year. Another significant development is the acceptance of a work program in ISO/TC 131/SC 7 for “Low Temperature Sealing Capability of Elastomeric Seals – Test Methods” which has been proposed by Ozan Devlen based on previous work performed by the Division. He and some other Division members will work on this new ISO standard and attend the first virtual meeting this month.

The Expansion Joints Division is working on a revamp of the Division website as well as creating new technical articles for the ESA Knowledge Base.

The Knowledge Base is another development where I was involved, and it is a comprehensive database with all the articles, publications, handbooks, and other information produced by the ESA in the past. I created a list of relevant standards, regulations and guidelines typically used in the different Divisions for this database. Still under development it is a very useful tool with a wide range of information for every body involved in sealing matters.

One other outlet to create awareness for the ESA was Valve World magazine. Here we published 5 articles during the year written by ESA members from the Flange Gasket and Packings Division. I edited and arranged the articles with the editor of Valve World, and I hope we can continue the cooperation in the next year.

Also, the collaboration with the Fluid Sealing Association improved again this year. I was able to attend meetings of their Packings, Gaskets and Mechanical Seals Divisions and some FSA members attended our meetings. I hope we can work closer in the future. 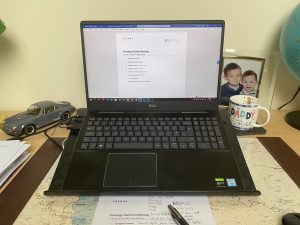 I would like to thank all the members for their engagement and contribution during a difficult year and hope that the situation will improve in the New Year. It would be good to meet everybody in person again!